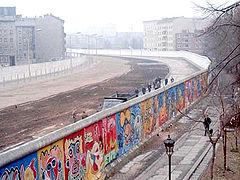 I will never forget visiting a friend in West Berlin before the wall came down.

The ‘Berlin Wall’ physically divided East and West Berlin and was built in 1961.

West Berlin was approximately one hundred miles east of the East/West German border and was accessible by land from West Germany only by a narrow rail and highway route through East Germany.  The car journey on the transit road was petrifying, as it was strictly guarded. Heavily armed soldiers controlled the route every few kilometres on watchtowers. 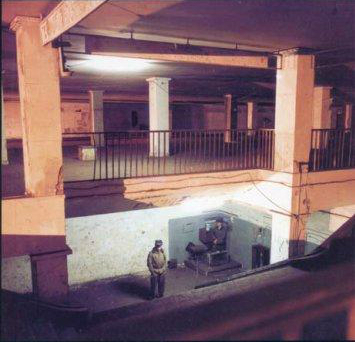 Travelling on Berlin’s rail network at the time was also strange.   There were sixteen ghost stations. It disjointed the city completely. One moment, you would be getting on the U-Bahn or S-Bahn at a busy station in West Berlin such as Gesundbrunnen or Hermannplatz and the journey would start. But then the train suddenly slowed down as it approached the desolate, grey, musty-smelling stations in what had been the city centre, with soldiers carrying machine guns being the only sign of activity visible in the dim light. But the trains didn’t stop. The station signs were still there, just three metres above the platforms: Potsdamer Platz, Alexanderplatz, all sorts of places that held memories of life in a big city. For twenty eight years, the journey under East Berlin was more like some creepy adventure than an ordinary ride to work or to visit family and friends.

For the people of East Berlin, the eastern half of the city, the trains suddenly no longer stopped where they once had stopped dozens of times a day. Their neighbours were suddenly out of reach, even if they lived only one station away. Entrances of stations were walled up or bulldozed, signs removed and eradicated from the city maps. What had once been centres of life in the city ceased to exist from 1961 to 1989. 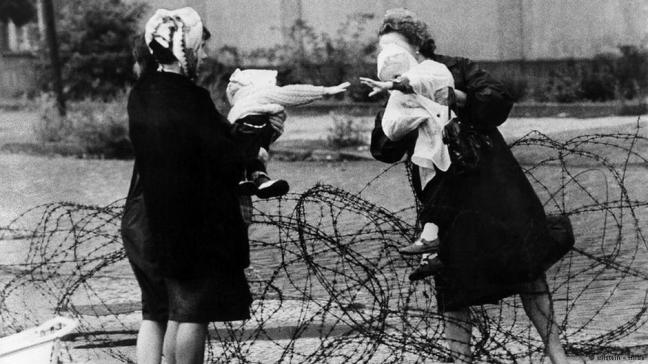 One day my friend and I took the U-Bahn and it went through Berlin Alexanderplatz. The train slowed right down and was crawling towards the station. All the tourists were intrigued, looking through the windows to see what it was like – the East side. My friend decided to play a trick on me and asked me to come right close to the door, it would not open, but so that I could have a good look.

Once the train arrived at Berlin Alexanderplatz it slowly came to halt. Everybody looked alarmed as this was unusual; normally the trains would creep through the stations but would not stop. The station looked dim and old fashioned, but what I was not prepared for was that I was suddenly staring right into the face of an East German soldier; right on the other side of the door, holding his machine gun up and looking straight through me.
I stumbled backwards, nearly fell and my was heart pumping, I was so shocked and looked angrily at my friend, who was laughing, as she knew this would happen.

If, for any reason, the U-Bahn had to stop at a station on the East side, two East German soldiers would block each door of the train, just to make sure nobody would be able to get on or off.

Controlling the borders was serious business in those days in Berlin.

The wall fell in 1989. In the sixties, nobody thought it possible that the day would come for family and friends to be reunited, but it happened. Even if walls are build to divide us, eventually they will come down again to reunite us. 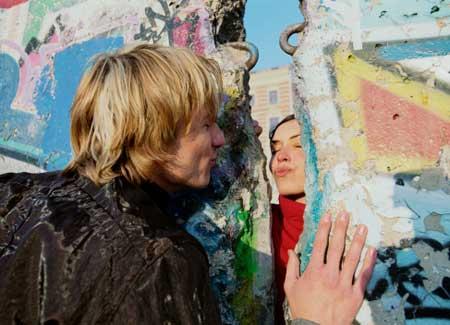 One thought on “Talking of walls…”

nicoleurbanskiboutique@gmail.com
Email me any time, I'll try to get back to you in 48 hours.
Join 105 other followers