(from my memoir ‘to Paris for lunch’)

Arriving back home, we noticed how unusually quiet the night was. There was no wind; the air was completely still and it was warm for this time of year. My father and his girlfriend had come to visit us in London and I was so excited, as they were our first visitors after we had arrived in England in March 1987. My boyfriend and I were renting a bedsit in Streatham at the time; a spacious room right under the roof, but still, as we were sorting out sleeping arrangements for the four of us, it felt as if we were camping in our own home. Feeling happy, I quickly fell asleep. 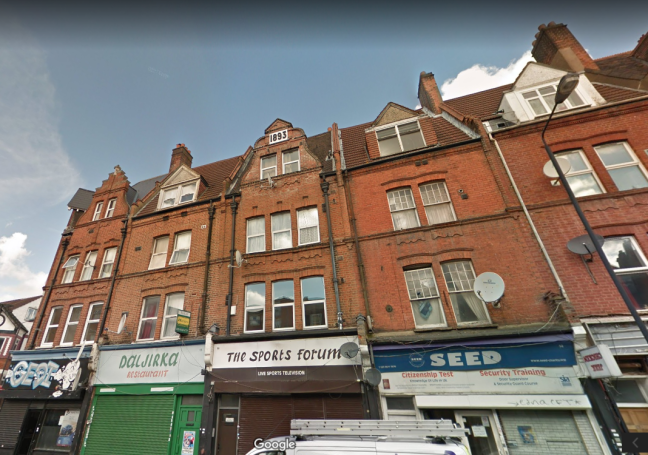 I woke up only a few hours into the night when I heard the wind picking up and howling over our roof. It got worse and louder – and stronger and frightening. The wind hammered our big window and I listened to the force of the storm. It kept coming in waves. Sometimes it seemed to nearly disappear and the sound became softer, less frightening, and just when I felt it was safe enough to fall back to sleep, another strong blast bashed against our roof and made me sit up straight.

Eventually the storm calmed down.

Waking up in the morning I found dust in my hair, on my face- in fact there was a fine layer of dust everywhere, but I just could not make out where it came from. We cleared the dust away and prepared the table for breakfast.

Suddenly I heard fire engines driving towards our house. I looked out of the window and was surprised to see the street being cordoned off. Fireman, as well as passersby, were looking and pointing up to our roof.

But before I could even mention this to the others, my Father demanded my attention. ‘OK, Spatz, here, you grind some beans. How do you switch on this cooker and please find me a pot to warm up some milk for our coffee.‘  We were just about to sit down for a very German breakfast when we heard heavy footsteps and a loud knock on the door. Still in our pj’s and sitting around a small table in a middle of a room filled with stuff, those fireman could not believe their eyes when they opened the door and saw us all having breakfast with not a care in the world.

What we didn’t know was that they had already evacuated the house next door. The tall brick chimney on our roof, which had partly collapsed during the night, looked like it was going to break up completely and come through the roof into our room at any moment.

So, there we were, on the street, wrapped up in blankets, in our sleepwear. But after a while just standing there, I started to get impatient. ‘How long will this take? I have to get to work. I am already late!’  What I didn’t understand was that this hurricane did not just happen at 322 Streatham High Street. I had no idea that all of London, in fact most of England, was in chaos and nobody would really be cross if one could not make it to work. Not on the day after the great hurricane.

But I could not rest until I managed to get hold of my clothes and bag and started the journey to work. I stood for a long time at a bus stop. Even though I saw very few cars on the road I was not discouraged. Two older Jamaican ladies were walking by slowly laughing, when they saw me looking impatiently in the direction where I expected a bus to appear at any moment. ‘There is one thing for sure, honey, you’ll be waiting for that bus a very long time!’

I waited a little while longer until their comment registered and decided to carry on walking towards Tooting Bec tube station. I was not going to be defeated. Even after climbing over several fallen branches and other big storm damaged items, I managed to get a tube and eventually I arrived triumphantly at work. ‘Oh my God, how did you manage to get here?’ declared Vin Burnham seeing me walk through the door. She only lived across the road from the studio.

And that’s when I realized nobody else was at work and what a fool I had been.  It’s just that I felt so lucky to be working for her – no matter what; I was going to be there, even if the world came to an end.