(From my memoir ‘to Paris for lunch’)

In 1996 I was invited back to Glyndebourne Festival Opera to work on a very special production.

‘Lulu’ was a drama of a young German woman who sexually and emotionally dominated a wide range of willing victims, both male and female. Although written in 1930, this production was designed to present-day appearance and all costumes and props had to be bought. This was very different to other opera productions at Glyndebourne, where costumes were made in-house.

Pamela, the wardrobe manager at the time, was working closely with the director and the costume designer and needed assistance when shopping in London. A variety of everything was bought and returned if not suitable. We spent many days with personal shoppers in Selfridges, John Lewis and Fenwick’s; returning late, exhausted and loaded with shopping bags full of clothes, shoes and accessories, only to take them back to London again a few days later as they were either the wrong size or the wrong colour or just wrong altogether. 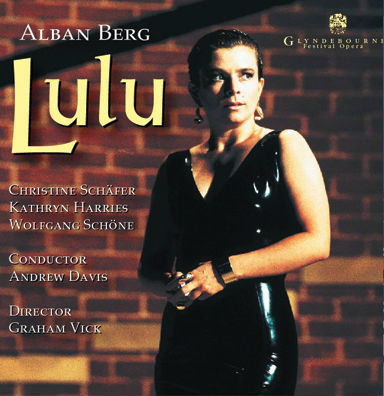 One day I was sent to shop at a place I will never forget. I was asked to pick up a dress that was ordered for the principle, Christine Schaefer. Pamela warned me that it was not a normal shop. ‘It’s a bit seedy!’ she told me before I headed to London. Finding myself entering a sex shop, it seemed that ‘a bit seedy’ was quite an understatement. Looking around with a heavily pulsating heart, trying to find a person to help me with my order, I felt I had seen nothing yet. Thinking of myself as not too inexperienced, I could not help but look in amazement at those sex toys in all different kinds of shapes and sizes displayed right in front of me. This was a different world and I was somehow glad not to be part of it.

‘Can I help you?’ A voice came from a dark corner behind a desk. I had to clear my throat; ‘Yes please‘ came out of my mouth, a little high note that I hardly recognised as my own.

I explained that I had come from Glyndebourne Opera and I was here to pick up two rubber dresses. ‘Oh yes, they called, wait a minute!’ The lady disappeared to a back room and after a few minutes returned with two plastic parcels, a can of silicon spray and a tube of special talcum powder. In the meantime, a man who had been ‘shopping’ also came to the till and was standing behind me, a little too close for my liking and I felt as if I was x-rayed. The lady continued to explain to me, ‘It’s best if you put this talcum powder on before you try the dresses, it’s easier to get them on and off and afterwards use the silicon spray to get the shine back!’

My mouth dropped open when I realised what she had said and that she was under the impression these dresses were for me and that I would be wearing them. Before I could even start explaining that it really was for an opera, the guy behind me in the queue asked where I would perform and that he would definitely come to see me! Listening to myself explaining that these dresses were not for me, but for an opera, sounded so unconvincing, I even stopped believing it myself.